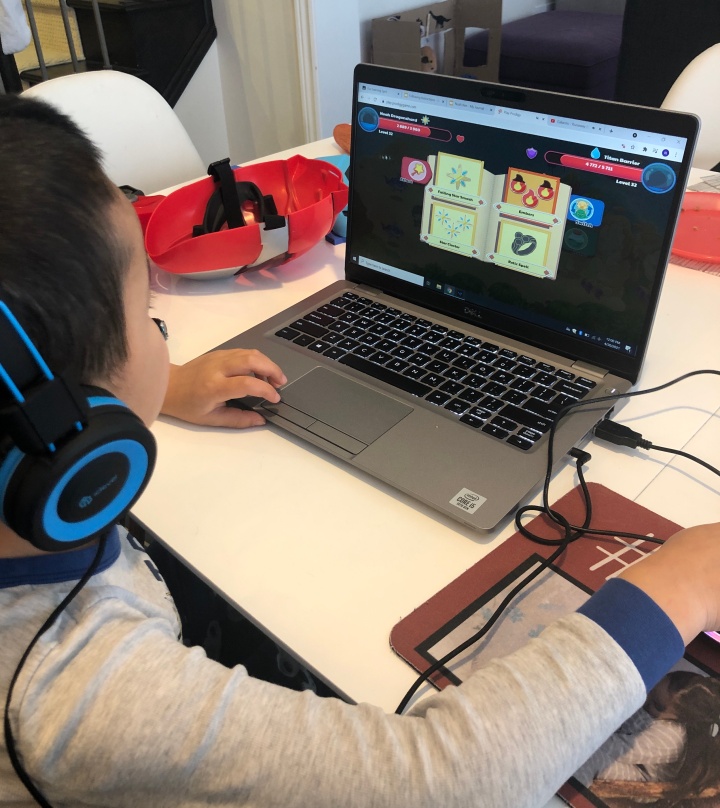 When J was a baby, Hubby and I took a family trip to Florida. On our first night there, we went to a restaurant with my parents. After a few moments, a couple walked in with their three children. Each child was holding their own device and proceeded to play on them while they waited for their food. Hubby and I looked at each other and immediately agreed that we would never be like that. When we went out, our kids would sit and colour and we would have meaningful family conversations. I guess we neglected to agree that the children would then fly home on their unicorns. Even as I recount this story, I cringe at my combination of mom-judgement and starry-eyed optimism. As our children grew older, Hubby and I quickly realized we had a choice – allow our children to have technology and have some semblance of a quiet meal, or not go out as a family. We proudly chose the former, and laugh at how naive we were back in the day. The truth is, for us being out together as a family is way more important than giving our kids a little bit of screen time…. and I’m not sorry about it.

When N was born, I grew much more confident in myself as a mother and had a better idea of what he needed, which was a stark comparison to the constant worry and fear of being a new parent with J. This newfound conviction became helpful when I took N for his one-year checkup. Our pediatrician (who we love and trust more than anything) was on her own maternity leave. So he was seen by another doctor. At the time, N was only babbling three incoherent words instead of the benchmark of five. I wasn’t concerned as J was a later talker, and N was on track to do the same. The doctor however was extremely concerned, stating that he wanted numerous follow-up appointments to check on N’s language. He even went as far as to say that I should withhold his milk until he said the word milk. Clearly, he was not a parent. I remember leaving the appointment and calling Hubby, telling him if I was a first-time parent I would have been through the roof with worry. However, as a second-time parent, I was less concerned. This is not to say that second, third, or fourth children don’t bring us worries. It just means that we are somewhat more confident in our decisions and care less about what others think about them.

It turns out the judgiest people are two very different groups of people: those who don’t have kids and other moms. Non-parents are the ones who want to dole out unsolicited advice and judgement. The “when I have kids….” crowd love to talk about all the ways they are going to be a better parent. They have grandiose ideas about how children should be raised, and what they should eat, play, and say. I will be the first to admit that I was one of them. When I was pregnant I knew all the things I wanted to do with my kids, how I wanted to raise them, and things I wouldn’t let them do. How quickly that changed when I became a mother. As parents, if we aren’t careful we can fall down a very dark hole of self-doubt. The messages from media, our Facebook moms group, our social circle, social media, and the random lady in the mall are all talking in our head. The only way to avoid this is to be secure in our decisions, which is a near-impossible task.

On the topic of mom’s groups, they are up there as being the worst offenders. Facebook groups that are meant to help moms support one another can quickly devolve into a group of judgemental, hate-mongering sociopaths. Anyone who is a part of these groups knows I am not exaggerating with this description. These moms, who hide behind their keyboards, love to shame other moms about their decisions and beliefs when they don’t jive with their own. These moms want to tear others down to feel better about themselves. I am certain it all stems from insecurity in some way, shape or form. These groups are not for the faint of heart, and definitely not for those who are insecure about their parenting. Why do we even join these groups? Maybe we are all gluttons for punishment or are just looking for the silver lining in people. There is a great Similac ad about how judgemental moms can be towards each other. I’m linking it here if you haven’t seen it, as it’s definitely worth a watch. (https://www.youtube.com/watch?v=JUbGHeZCxe4)

We have all been there – where the little voice in our head judges other’s decisions. It’s human nature. We are constantly evaluating what others are doing, the choices they have made, and the expected outcomes. That’s part of how we decide what is going to work for us once we are in that same position. It is part of the learning process, as we can potentially see a decision through to the end before we need to make one for ourselves. But it is so easy to judge others in a negative light. I have done the same thing many times, and I’ll be the first to admit it. I think there is some level of comfort being on the judging side, as opposed to the judged. I would caution you though that we need to stop and ask ourselves if it is really serving its purpose – is it making us feel better? Chances are it isn’t.

If I had $1 for every time I did something I said I’d never do as a parent or did something that other people said I shouldn’t do, I could have retired by now. Solids at four months, solids at six months, no screen time before two years, sleep-train, don’t sleep-train, let them cry, never let them cry, make sure you say this…. never say that…. don’t let them do this… make sure they do that…. The truth is that once you become a parent, you start to understand what works for you and what doesn’t. And let me tell you, it very rarely is what everyone else says you should do. I can admit now that parenting is completely different than what I thought it would be like. So I will get off my high horse and admit that I have judged others for their decisions, and I will never do it again.

This is Life. Love, Mom.

On The Subject Of Me 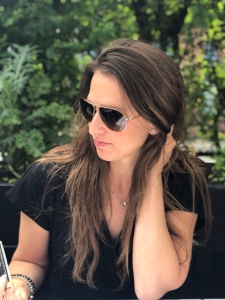 Being a woman, mom, wife, professional, and sane human all at the same time is a tall order. Thank you for coming along on this journey with me. Follow my musings here.

Coffee ✅
You. Matter. ❤️;
Some viral food trends are worth the hype!!! If you haven’t tried this viral salmon bowl, I HIGHLY recommend you go ahead and try it.
We may have spent more time in the actual airport than in Montreal itself, but this visit made it all worth it.
Leave my sunglasses on while I shed a tear
In the past, therapy has been viewed as something crazy people needed to do to get well, or that addicts needed to do in order to recover. It was mandated… necessary to become a better, more functioning member of society. But the truth is, we are complex beings. A lot is going on in our minds and the ability to resonate with our thoughts and be the strongest we can be mentally is so important.
Follow Life Love Mom on WordPress.com